5G: Why is Samsung cool, Chinese tech brands cold and US brands domineering?

Samsung is the top choice of 5G telecommunications developer among respondents in a recent poll in Southeast Asia , edging out Chinese and American competitors in a time when world powers are wrestling to make a splash in the 5G space.

The survey of more than 1,300 experts, analysts and business leaders in the region revealed that 39 per cent of them opted for the Korean brand.

A quarter said they had confidence in Chinese telecoms companies including Datang Telecom, Huawei and ZTE Corp, while only 13 per cent selected American brands as their top choice. 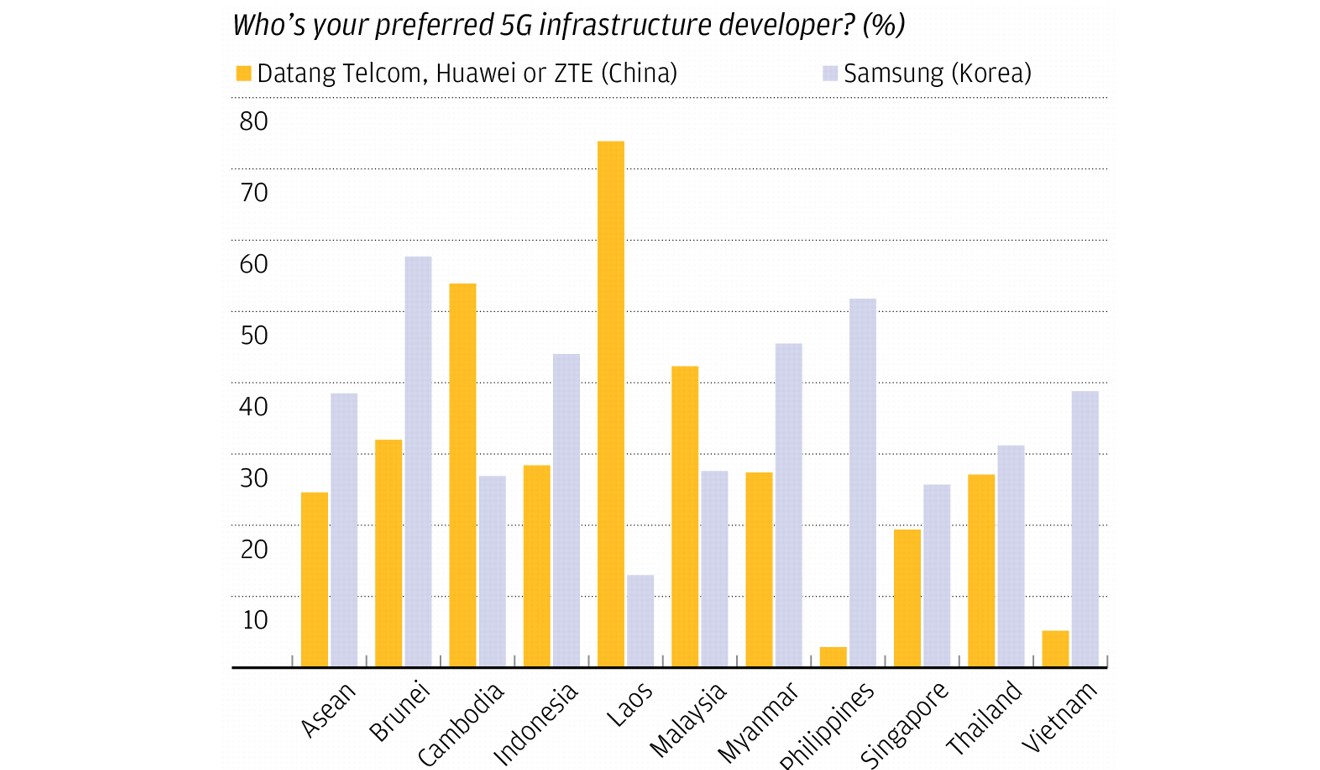 Preferred 5G infrastructure developers in Southeast Asia. Source: ISEAS-Yusof Ishak Institute survey.
Researchers at Singapore ’s ISEAS-Yusof Ishak Institute, who released the survey on Thursday, said the “battle” to build the region’s 5G internet networks is one that is keenly watched as it was more symbolic in nature than just a contest over lucrative contracts.
“Given its potential security ramifications, the award of the 5G contract can be seen as a vote of confidence and trust in the developer’s country,” said the report, titled ‘The State of Southeast Asia: 2020’.
Ang Swee Hoon, an associate professor of business at the National University of Singapore, believed the positive inclination toward Samsung was due to the “cool” connotations pegged with South Korea.

“Korea has a balance of entertainment and science. [It has] brands, songs, actors, and dramas on one hand, and Samsung, LG, Hyundai, Kia on the other,” she said. “Korean brands seem to have a heart and soul on top of the tech.”

Conversely, Chinese tech brands seem “more cold” and have yet to build a “strong affective connection” with consumers, said Ang.

“Furthermore, the perception of big brother watching over communication does not bolster trust,” she added. Meanwhile, younger Southeast Asians feel US brands are “domineering” and have an “American slant”, while the current political and economic situation gave them the impression the US was a “bully”.

“[This] does not bode well for a generation that thrives on independence and does not like to be told what to do,” she said.
Under US President Donald Trump ’s leadership, Washington has cracked down on Chinese tech brands such as Huawei, asserting that they could be exploited by the Chinese government for espionage, which would present a national security risk.
Even though the US has campaigned for countries to follow in its steps to block the reach of Chinese tech giants, with Japan effectively banning Huawei and Chinese tech company ZTE, from winning any government contracts, Huawei has continued to sign contracts with Southeast Asian nations.

Earlier this month, it signed a deal with Malaysian telecom provider Maxis to collaborate on 4G and 5G-related projects. Huawei signed agreements with international cities such as London, Seoul, and Tokyo relating to the same programme, called TechCity. 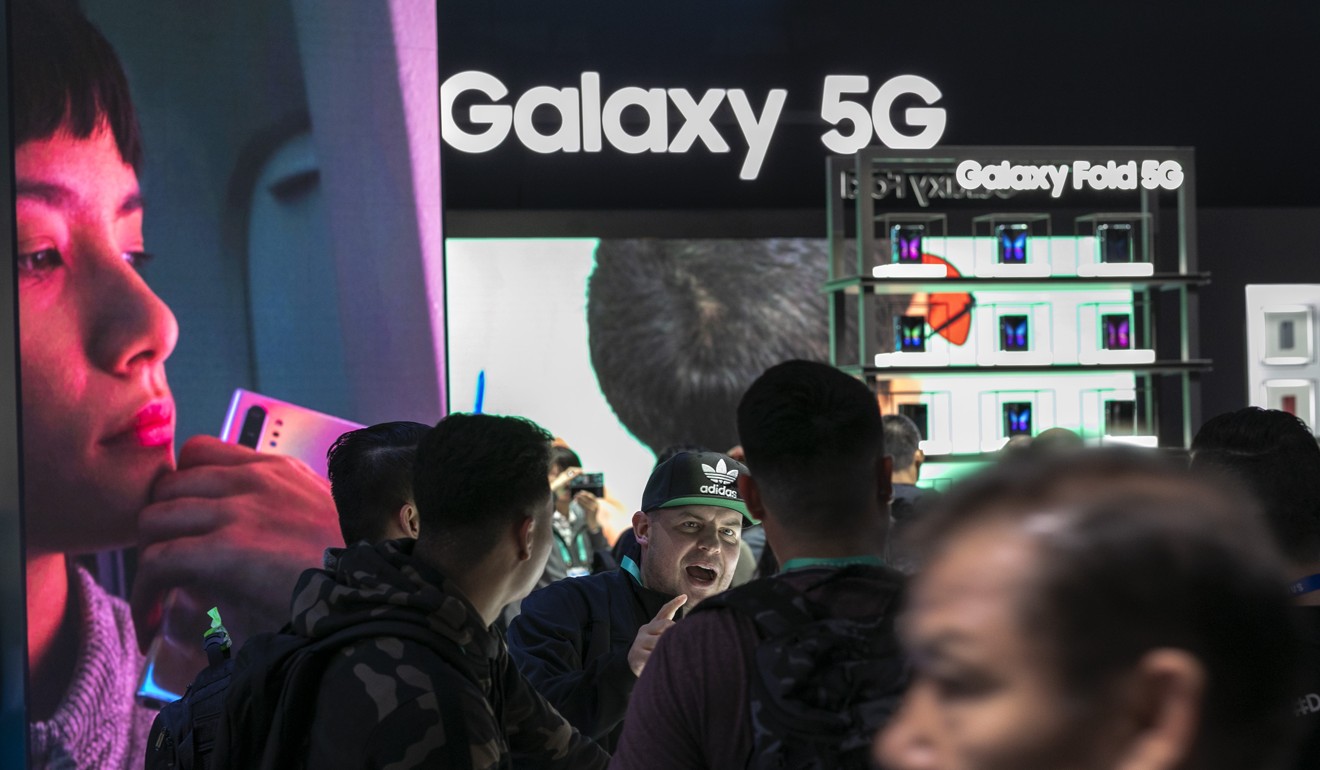 Singapore has also not dismissed the idea of having a 5G network built by a Chinese brand.

When rolling out its S$40 million (US$29.7 million) plan to research 5G in June last year, the city state’s Minister for Communications and Information S Iswaran said Singapore would have security requirements in place, “whichever telecom operator” it works with.

A ministry spokesman added that Singapore encourages “vendor diversity” in its systems, and that it was still studying the risks involved.

The survey also found that Ericsson is more popular than US tech brands, with 15 per cent of respondents selecting the Swedish telecoms company as their top choice.

The finding of the survey surprised Steve Tsang, director of the China Institute at London’s School of Oriental Studies.

He explained that as no US companies are currently offering 5G networks, it could be implied that the respondents “do not really know very much” what the survey was about.

He questioned: “How can anyone deeply involved in 5Gs believe US companies are better placed than Ericsson or Nokia in delivering 5G in the near future?”

iPhone 11 camera may get new low-light mode to compete with...

Future is you, Vote for Pakistan, Vote Now!

India Will Launch Its Own Astronauts to Space by 2022

Bad news for digital industry of Pakistan. PayPal is not coming...