Last week, a complaint was filed in India against some students at a premier academic institution for “spreading hate” after they sang a famous Urdu poem by legendary Pakistani poet, Faiz Ahmad Faiz, during a demonstration against the Citizenship Amendment Act.

In his complaint, Vashi Mant Sharma, professor at the Indian Institute of Technology’s Kanpur campus (IIT-Kanpur) in Uttar Pradesh state, said he objected to the following lines that were sung:

“It calls for the removal of all idols and says that only Allah’s name will remain at the end,” Sharma told Al Jazeera. “I don’t know what is the context of the poem but what matters is what is being said.”

Responding to a tweet with a video of the event, IIT Kanpur’s director Abhay Karandikar said the institute would “not tolerate any indiscipline”, and formed a committee to look into the matter.

A faculty at IIT Kanpur has submitted this video and a complaint to director, alleging anti-India & communal statements made at a recent event held in 'solidarity with Jamia' & that event held without permission.

"When All Idols Will Be Removed…
Only Allah’s Name Will Remain" pic.twitter.com/fbmNFwVBiw

While the committee is yet to submit its report, thousands of students across India continue to sing the same poem, titled Hum Dekhenge, as they march against the contentious law, which critics see as anti-Muslim.

In the poem, explains writer and historian Rana Safvi, Faiz used religious symbolism and words to protest against an unpopular government.

“In Urdu, ‘but’ means idol and is often used in poetry to describe a stonehearted beloved. In the poetry of resistance, ‘but’ can also mean a person who is unmoved – like a statue – by the troubles of the people,” Safvi told Al Jazeera. 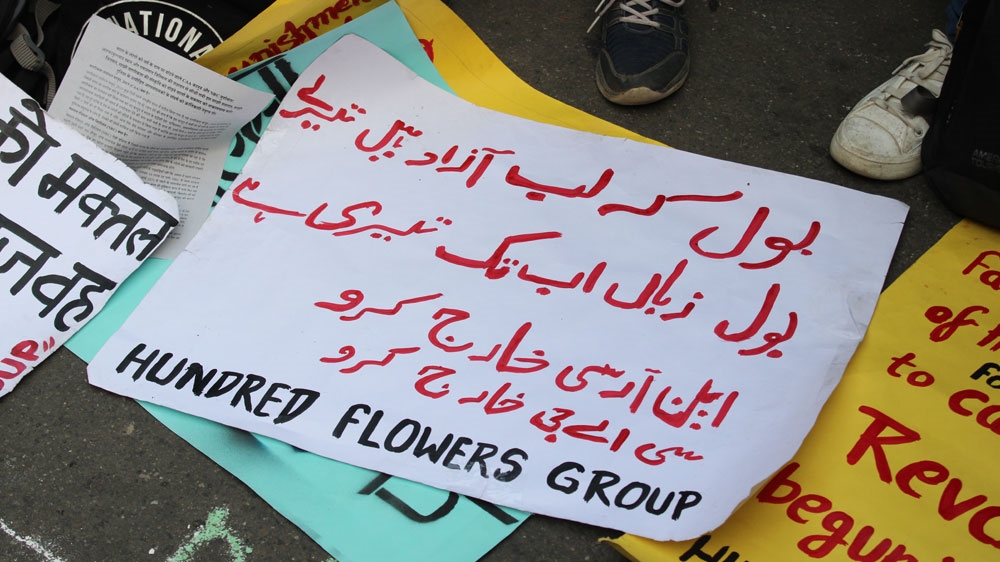 While most of his writings are read and respected in progressive movements across South Asia, Hum Dekhenge and Bol Ki Lab Aazad Hain Tere enjoy massive popularity.

Hum Dekhenge gained a cult status after famous Pakistani singer, Iqbal Bano, defied a ban on Faiz’s poetry and sung it before a crowd in Lahore in 1986, two years after the poet’s death.

Recordings of that performance were smuggled out of the country and shared widely among the South Asian diaspora, many of whom were Indians.

“To people across the subcontinent who hit the streets for various reasons to protest, it doesn’t matter that these words were written by a Pakistani poet,” author and literary critic Rakshanda Jalil told Al Jazeera.

“Whether it’s the striking lawyers in Lahore or agitating university teachers in Delhi or factory workers or students anywhere in the subcontinent,” she said.

“When they sing Faiz’s Hum Dekhenge or Bol, it’s always meaningful and appropriate.”

‘Hum Dekhenge’, Faiz's song that became an anthem of protests, is being targeted for being anti-Indian. @TheQuint replays you the song, in the backdrop of the anti #CAAprotests.https://t.co/H4Q1c81vG3 pic.twitter.com/3sxzmafvDH

A second Pakistani poet to gain widespread popularity in recent protests, especially among students, is Habib Jalib, who died in 1993.

Jalib’s poem Dastoor got a new lease of life in India earlier this year when Shashi Bhushan Samad, a visually-impaired student of New Delhi’s Jawaharlal Nehru University, sang it during a protest on the campus.

“He whose light shines only in palaces
Who seeks only to please the few
Who moves in the shadows of compromise
Such a debated tradition, such a dark dawn
I do not know, I will not own.”

The video of Samad singing the song went viral and he was soon singing it in TV studios and public gatherings, including the ongoing protests, where dozens of placards carry verses by Faiz and Jalib.

“I get goosebumps whenever I read Habib Jalib. I feel like something needs to happen now,” Samad told Al Jazeera. “I read him, I feel him, I understand him and I think about him because like other revolutionary poets, his poetry talks about unity in society.”

A staunch democrat, Jalib opposed military rule and state oppression in Pakistan, and, like Faiz, was jailed for his writings.

Habib Jalib has been regarded as a people’s poet. “Perhaps that is why he finds himself quoted so often nowadays,” said Safvi.

Another iconic Muslim poet from the subcontinent is Muhammad Iqbal, widely known as Allama Iqbal, who was one of the founders of the movement behind the creation of Pakistan.

Iqbal was born in 1877 in Sialkot in undivided India and died less than a decade before India and Pakistan got independence from the British rule in 1947.

After Pakistan was formed, he was honoured as a national poet and given various titles, including Mufakkir-e-Pakistan (Thinker of Pakistan), Hakeem-ul-Ummat (Sage of the Ummah) and Shayar-e-Mashriq (Poet of the East). 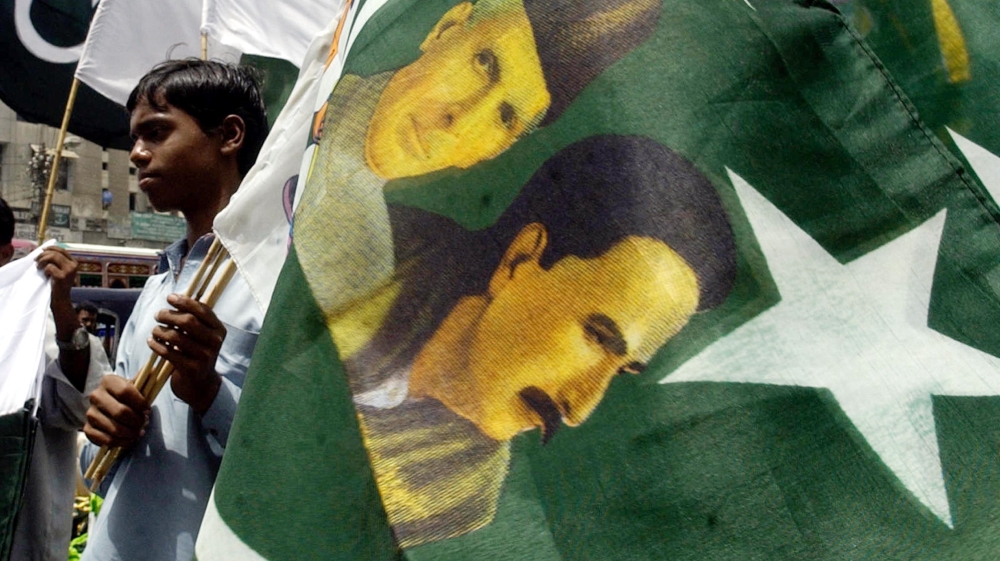 Iqbal’s Saare Jahan Se Achcha, often recited during the ongoing demonstrations, was also adopted officially by India as one of its many songs and sung on important occasions such as the Independence Day in state-funded academic institutions.

At New Delhi’s famous India Gate war memorial, which hosts thousands of visitors every day, the tune of Saare Jahan Se Achcha (Better than the entire world) is played.

Better than the entire world, is our Hindustan
We are its nightingales, and it (is) our garden abode

A verse from that poem, which talks about religious unity, especially resonates with Indians: “Religion does not teach us to bear animosity among ourselves. We are of the Hind and our homeland is Hindustan.”

In October, the head of a government school in Uttar Pradesh state was suspended after members of the far-right Vishwa Hindu Parishad (VHP or World Hindu Council) complained that he made his students sing another famous Iqbal poem: Lab Pe Aati Hai (Prayers on my lips).

“Historiography and nationalism in India are understood in a way in which Iqbal becomes politically unacceptable and therefore, even his universal poetry becomes problematic for many.”

Safvi says she grew up singing Iqbal, “like every other Indian”. “It always resonates.”

End of an era, BlackBerry Messenger (BBM) shuts down

Banning the use of the word talaaq in TV plays: To...

Meesha Shafi-Ali Zafar Dispute: Here’s everything you need to know