Tragedies are tragedies because they break away from the stasis of complete satisfaction and equilibrium. Unreal happiness and complete stability set the stage for chaos so unsettling that a king in search of a curse and a sister fighting for her brother’s final rites both may end up on an unimaginably dark path. It is sad because the darkness wasn’t necessary; it is maddening because destiny was a result of their own choices.

Far from a tragedy, theatre veteran and TV genius Ehtheshamuddin’s debut film Superstar is not serious and deep enough to be called a drama; it is a melodrama by choosing which Mahira’s so far adventurous film career has turned into a tragedy.

Nine years is a long time to find your space on the big screen and yet Mahira’s filmdom has been marred by one terrible script choice after another. She has been choosing half-baked scripts so surgically and for so long that all these mistakes now look like carefully crafted decisions, not unlucky outings. Superstar is not any different. 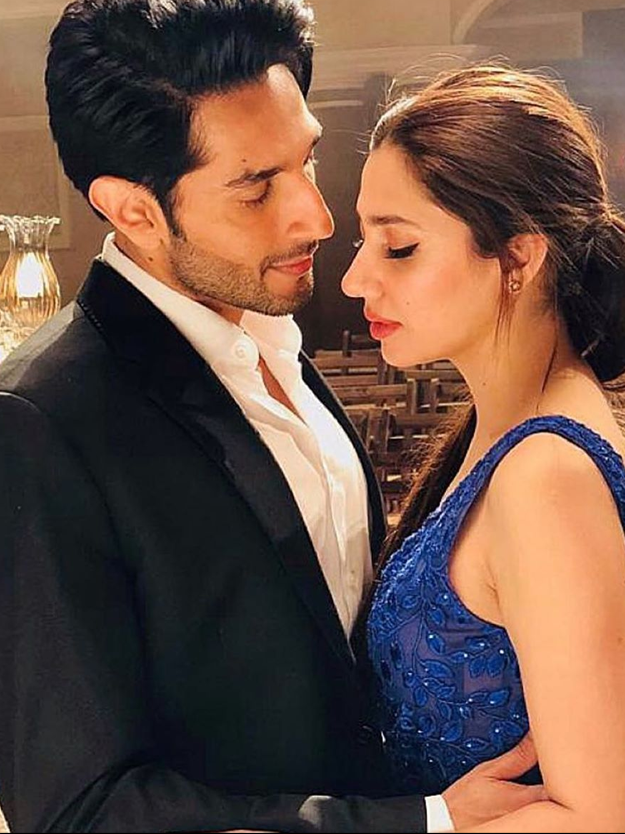 She plays a struggling actor (Noori) from bhaaati gate who runs into her crush and superstar (Sameer Khan) during the shoot of a TV advert. Despite the obvious class difference, they manage to strike chemistry and fall for each other.

By playing an actor on screen Mahira naturally gets to play a lot of characters within one character and that’s amazing. The small bits and pieces of Noori’s reel life, particularly the ones towards the second half are good enough to prove that Bin Roye star has evolved as an actor but at the end of the day, Noori doesn’t stay with you longer than those moments.

If Mahira were a painter then Superstar offers her a much wider canvas. But unfortunately, the subject of her portrait leaves half-way and she is compelled to make up for it by making up for it and that shows in the overall lack of motivated action and hollowness of the script. Another day under the sun and another film that makes Mahira look like a dream with significant close-ups but nothing strong, gripping and most importantly dramatic enough to hold her own.

If Mahira really wants to showcase her acting chops she should consider films like Cake that offer much more fleshed out characters. But perhaps that’s not the only thing on her mind; she wants to be your premier film superstar who is known for great performances and in doing so she is in direct competition with Saba Qamar and Mehwish Hayat. Hayat doesn’t really pretend she knows much acting and signs every rock that is thrown her way.  Saba on the other end has been so selective (With TV and now films too) that she either picks roles that have a buzz around them or those that contradict the industry standards. So, she ends up shining the brightest. 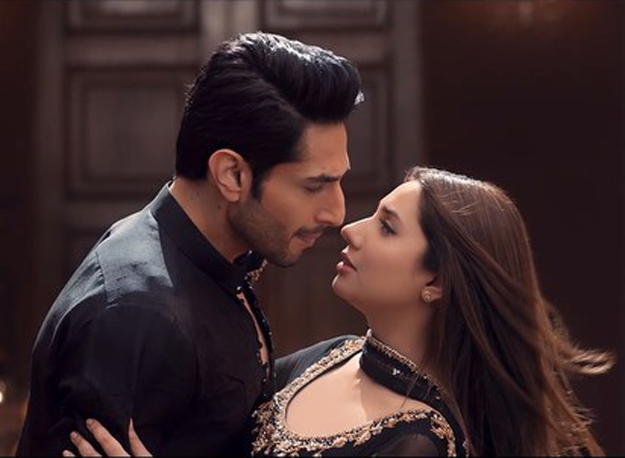 The tragedy of Mahira Khan like the tragedy of Mohib Mirza is that despite bundles of talent they choose bad scripts. If I were a superstar and a brilliant performer like Mahira, I would not fret about the terrible choices I have made so far. I’d just pay someone to write a role especially for myself and see the magic takes its course.

Bilal Ashraf, on the other hand, was purely cast for his tall and muscular physique and that added a lot to his character Sameer. His body movements are still relatively stiff and expressions wooden as the chair you must be resting on right now but he has improved miles from his first appearance in Janaan. Ehtesham, combined with the acting coaches that were hired for Ashraf has managed to make him a bit breakable if not malleable. 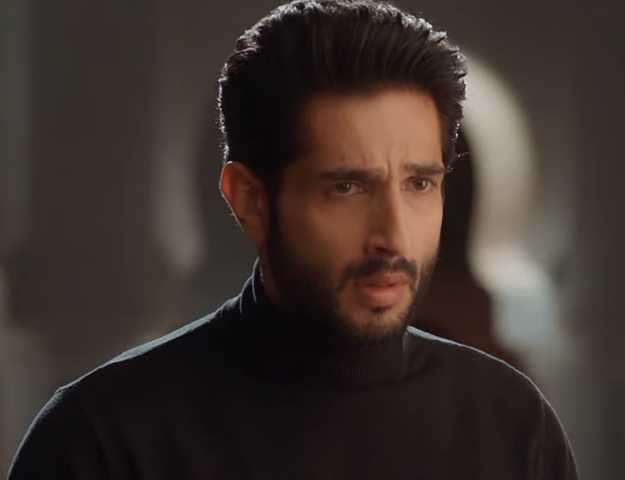 The sparkling 18-year-old Alizeh Shah is the fodder that’ll keep the Eid audiences fed with laughs. She owns the most entertaining and engaging moments of the film with her impeccable comic timing. Although just a sidekick, her character of Chutki has a well-defined arc that compensates for a lot of other character journeys that happen either too abruptly or without reason. 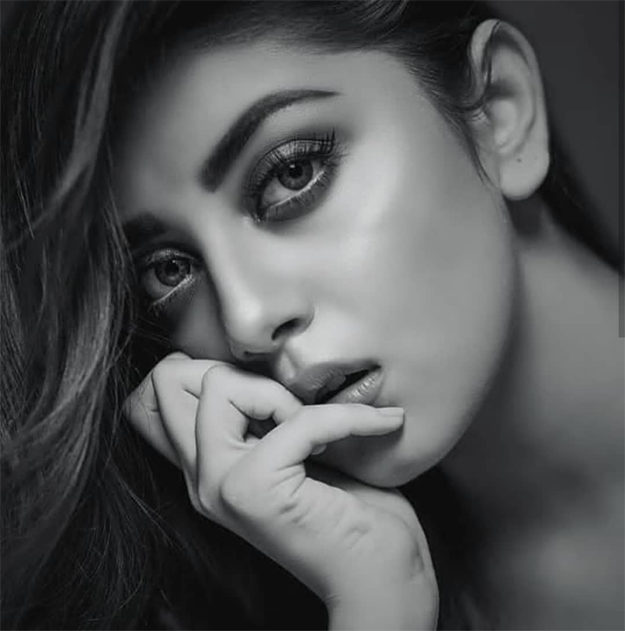 The protagonists shift from Mahira to Bilal in the second half and even if it was supposed to be a bold creative choice it was not backed by a logical chain of cause and effect. Bilal’s character makes an unforgivable blunder in the first half of the story for which he is not only forgiven without an apology but is sympathised with for not really caring about the actual issue. 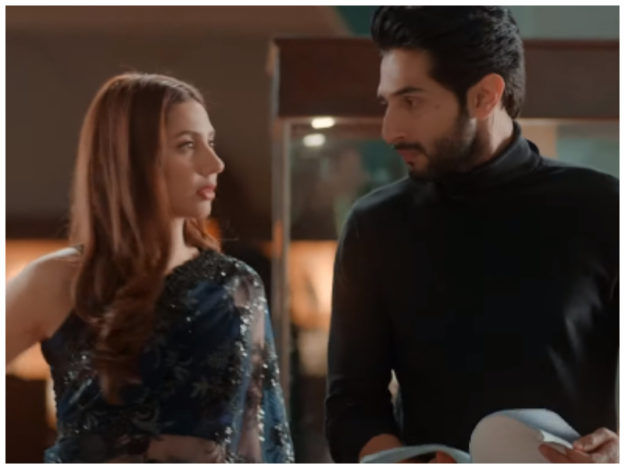 Other units of dramatic action are also largely unmotivated and the romance between Mahira and Bilal unearned, as a result of which, the build-up to increasingly dramatic and orchestral songs towards the end seems quite absurd and unneeded.

Despite some very creative blocking choices by Ehtesham and relatable incidents within the context of Pakistan’s film industry, Superstar, to repeat the same old story, is a film flawed on paper. Don’t confuse it for being a bad story, in fact, it has a semblance of a story which is a big deal by Pakistani standards. However, the film as a whole is unsure about what it wants to be and that is perhaps its curse.

Future is you, Vote for Pakistan, Vote Now!

Why is Rakhi Sawant and Arshi Khan demanding money from Salman...

Denmark first in ‘Coronavirus Lockdown’ to reopen the ‘SCHOOLS’

#HeerMaanJa was a dark horse, comes-out as a clear ‘Winner’. A...