The actress Priyanka Chopra, a UNICEF Goodwill Ambassador, came under fire this week for scoffing at a Pakistani-American woman’s challenging question to her at the #BeautyCon summit in Los Angeles. Chopra had posted a tweet on February 26 that appeared to support an announcement from India that it had launched airstrikes in Pakistani territory. 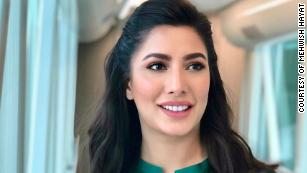 At the event in LA, the woman chided Chopra for her unquestioning support of the Indian army at a time when India has revoked Jammu and Kashmir states’ autonomy. The office of Pakistan Prime Minister Imran Khan says India’s move to change the region’s status is in violation of United Nations Security Council resolutions. And Pakistan’s human rights minister has called the action tantamount to war crimes.
Chopra’s response to her questioner in LA (“I hear you,” she said. “Whenever you’re done venting… Got it? Done? OK, cool,” and added: “War is not something I’m really fond of, but I am patriotic”), as well as the February tweet, did have the effect of both shining a light on the crisis in Kashmir (despite India’s media blackout and food blockade there), and forcing many of us to think about celebrity activism, its uses — and its abuses. Celebrities who act as charity spokespeople should always focus on humanitarianism. Chopra — again, a UNICEF Goodwill Ambassador — should not be using her voice to legitimize a regime opposed to the values she claims to represent. (She told her questioner in LA, for example, “Girl, don’t yell. We’re all here for love. Don’t yell. Don’t embarrass yourself.”)
This is important in Hollywood, but just as much in Bollywood, where the industry has too often been used to fuel hate and Islamophobia.
Celebrity activism often escapes the kind of scrutiny most political activism is subjected to. It is often seen as either positive or pointless — but rarely dangerous.
It’s easy to understand why. From Susan Sarandon greeting refugees on the coast of Greece, to Leonardo DiCaprio jetting around the world to protest climate change, the high-profile activism of Hollywood celebrities diverts us, but seems to present no threat to society.
But Bollywood is a very different beast. Perhaps alarmed by Hollywood’s open opposition to his ally Donald Trump, Indian PM Modi has arguably co-opted and weaponized the country’s film industry. It is difficult, often impossible, for Pakistani actors to find work in India. Pakistan is a Muslim majority nation, and Islamophobia is a top-down industry in India: at the top, hyper-nationalist films, songs and slogans teach the masses to hate. At the grassroots, Muslims have been killed for so-called “crimes,” such as eating beef. 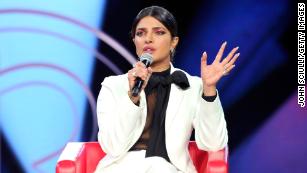 This makes Chopra’s mistakes potentially all the more costly. Rather than use her position as a US-based celebrity to broaden what it means to be an Indian celebrity, she has fallen into the same jingoistic role that her fellow countrymen are forced to adopt at home.
It’s this kind of failure that tempts many observers to insist that celebrities stay out of politics completely. Just look at the damage those ill-informed starlets can cause, they say, wading into issues they know nothing about. They should shut up and stick to entertaining us — in silence.
These are issues I have struggled with for years. I’m well known in my native Pakistan and (increasingly) internationally, I have an audience that I can influence. Speaking up as a young woman, and especially as an artist, in Pakistan is not easy, so I have to pick my battles carefully.
My intention when speaking about women’s rights, girls’ education, or supporting humanitarian charity work is to unite people — not divide them.
The only way to do this is to avoid the path of least resistance — populist rhetoric — and focus on the universal humanitarian causes that all sides can agree on.
This where Priyanka Chopra and others have made a mistake: by lending their name to racism dressed up as patriotism, they have done us all a disservice. 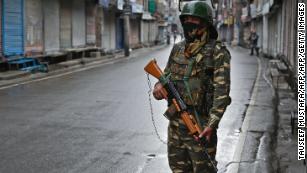 Some issues are too important to play politics with. One of those is Kashmir — a small, impoverished territory where now India has made its move, heedless of an international community keen to avoid conflict between two nuclear armed states.
The humanitarian situation there is at a breaking point, with food and medical supplies being kept out as the territory is embargoed. Medical facilities are struggling to cope with a population that has been the victim of alleged war crimes that have not spared even young children — including the “biggest mass blinding in history,” when Indian troops fired pellets into crowds of Kashmiris to break up civilian demonstrations in 2016.
The irony is that hyper-nationalist Indians who dance to the same tune as Priyanka Chopra believe these civilians to be Indian citizens, meaning that those crimes are being inflicted on their fellow Indians.

This in itself is a nonsensical message that has been lost in the mirror maze created by a marriage of film and propaganda in too much of Bollywood — a mirage that any fascist dictator would be proud of.
But it is human suffering that those with a platform must focus on. It also falls on other film industries, including my own in Pakistan, to counter the negative stereotypes pumped out in Bollywood.
That might be less lucrative or effortless than the alternative, but it is what humanity needs to see — on screen, and on the streets.
It is something I would love to work with my Indian colleagues on — including Priyanka Chopra.

China has entered the cinematic space race with the release of...

Meesha Shafi has asked to remove her song ‘Mein’ from best...