Sana Safinaz, a Pakistani women’s summer collection is under fire for cultural appropriation and what critics say is racial profiling of black people.

It created an online controversy earlier this week after the designer brand Sana Safinaz published their 2018 Spring Summer collection catalog, which was shot in Kenya’s Masai Mara national park and features Pakistan’s fair-skinned models with tribesmen, which many say bears racist undertones because of Africa’s colonial history with slavery.

The catalog includes photographs that show a model resting her elbow on a local man, a Masai tribesman holding an umbrella over a model’s head and many tribe members performing around a model. 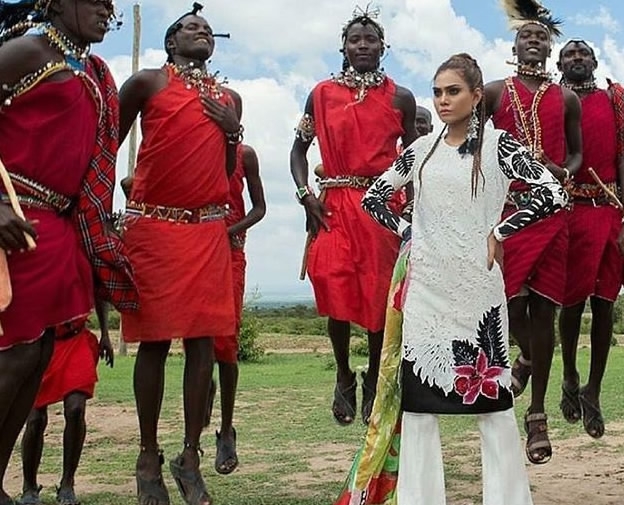 For some people, it was considered to be a racist campaign while others called it cultural appropriation.

“It is condemnable act on the part of the brand and its ad agency,” he told CGTN Digital on Saturday.

Many people turned to social media to raise the issue, grilling Sana Safinaz for its African approach as the controversial images circulated on social media.

“Here is a major Pakistani brand using African natives as subservient props,” wrote a Twitter user Dania Ahmed, hinting at “the deep-rooted classist regressive mentality” at home in comparison with exploitativeness of the West.

“When you use African tribal people as props to sell high-end Pakistani fashion, this is not ok,” wrote user Sufiya Ahmed on Twitter, adding that it “Reeks of colorism. Fair is a privilege. Dark is not.”

“First with glorifying the difference between rich and poor and now with African people holding umbrellas for models? What is wrong with the advertising of Sanasafinaz?” asked Facebook user Umar Hassan, apparently referring to the brand’s 2012 campaign that also caused outrage for showing models with coolies at a train station.

“This is completely unacceptable, shameful and stupid,” he said. 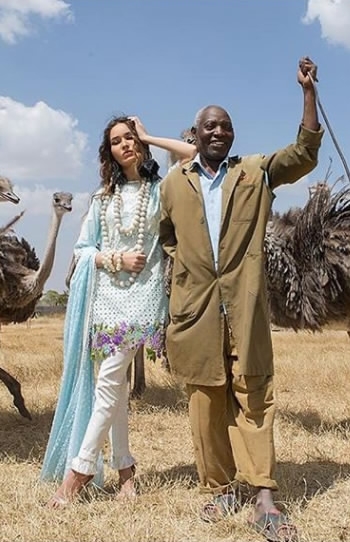 Qureshi said Sana Safinaz portrayed the black people of Kenya as slaves from the 18th century at a time when slavery was rampant in South Asia.

“The colonial mindset persists among elites of Pakistan, which is mainly ruled by a feudal elite, who don’t respect fundamental rights of commoners,” he added.

Sana Safinaz issued a lengthy statement supporting its approach but also said it had removed “any offending images from our social media.”

“We do apologize deeply for any offense we have caused despite this never being our intention,” it said in a response posted on Social Media.

Such allegations are not new to the fashion world. The famous fashion designer Marc Jacobs was accused of cultural appropriation when he unveiled his spring/summer 2017 show.

Jazz Kicks off its 25 Year Celebrations with a bang

Uber prepares for moving to bicycles on short excursions