The last time he met Prince William, Imran Khan was a sporting hero who told the young royal about his hope of winning political office.

Twenty-three years on, the former cricket star-turned-prime minister has made good on his promise, welcoming the Duke of Cambridge to his official residence in Islamabad during a royal tour of Pakistan this week.
While the official five-day visit was designed to bolster UK-Pakistan relations, the meeting over lunch inevitably triggered memories of William’s mother, Diana, Princess of Wales.
“[The] last time I met him he was a boy, along with Prince Harry, and they came with their mother to my ex-mother-in-law’s house,” Khan told CNN in an exclusive interview on Tuesday. 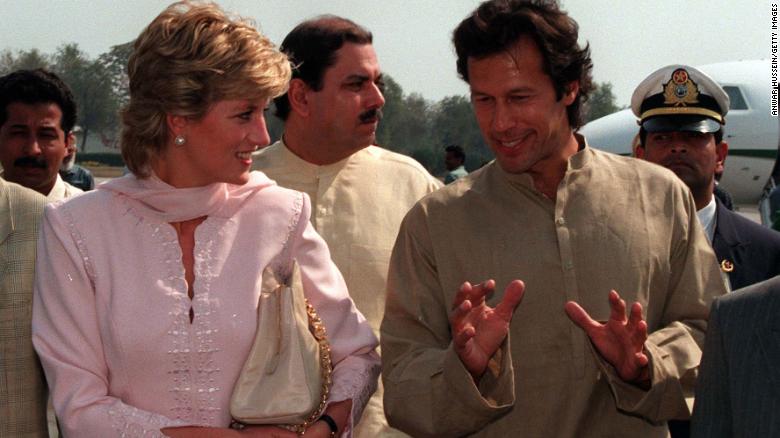 Imran Khan welcomed Diana to Lahore, Pakistan at the airport in 1996.
Diana was close to the family of Khan’s ex-wife, Jemima Goldsmith. Diana often took her young sons to play in the garden at the Goldsmith family home in leafy Richmond Park, southwest London. Jemima’s mother, Annabel Goldsmith, was something of a mother-figure to Diana.
The late princess visited Pakistan on several occasions in the years before her death — even teaming up with her friends in 1996 to help raise funds for a hospital project Khan was working on.
In the decades since, that venture has become the Shaukat Khanum Memorial Cancer Hospital and Research Centre — which became another stop on the Pakistan royal tour on Thursday. 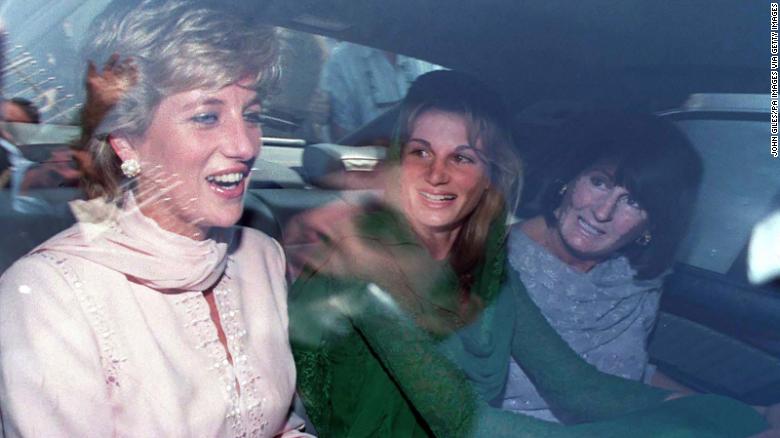 Khan told CNN that during their lunch meeting he wanted to ensure William understood the impact of his mother’s work in the country.
“I was telling Prince William that I was in the outbacks — my constituency, which is Mianwali … I was touring my constituency when I heard of the accident,” revealed Khan, referring to the 1997 Paris car crash in which Diana died.
“And I can tell you, that the impact it had on the people shocked me.” 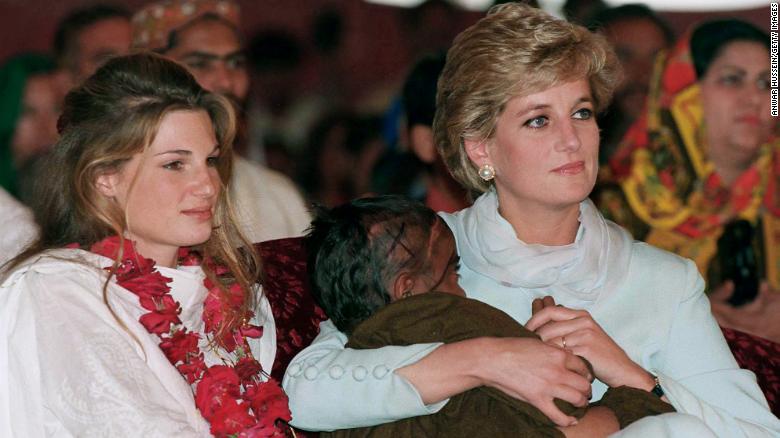 Diana, Princess of Wales, cradles a sick child as she sits beside Jemima Khan at Imran Khan’s cancer hospital in 1996.
He continued that he “wouldn’t have even thought they would have heard of Princess Di” and recalled his amazement that her work had penetrated “even in these rural constituencies.”
Several engagements during the Pakistan royal tour have evoked comparisons to Princess Diana, be it playing with young patients at the cancer hospital or visiting the same cultural sites like the Badshahi Mosque. 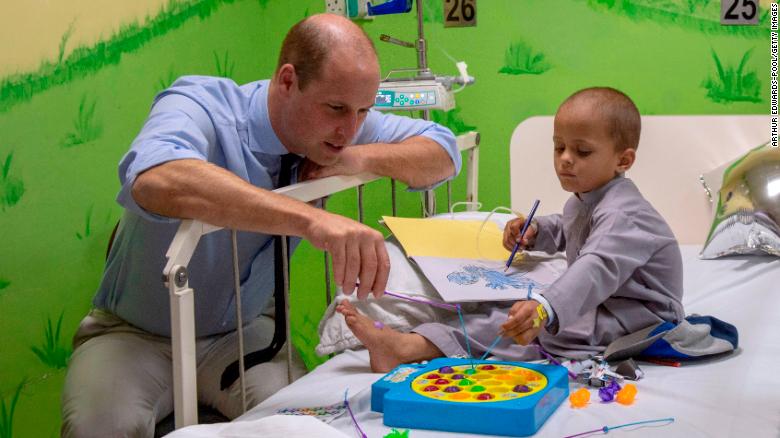 Prince William plays with 5-year-old Muhammed Sameer, a patient at Shaukat Khanum Memorial Cancer Hospital in Lahore on Thursday.
For William, that is also where the similarities end. While Diana clearly continues to be an inspiration to both him and his brother, Harry, the duke has also used the tour to show a glimpse of the type of sovereign he one day hopes to become.
Regardless, the sentiment offered from Khan will no doubt be a kind reminder of his mother’s incredible legacy.
When asked how William responded, the Prime Minister said: “I think it was important for him to know how much she was loved in this country.”

Huawei founder Ren Zhengfei says clash with the US was ‘inevitable’,...