An Ethiopian Airlines jet faltered and crashed Sunday shortly after takeoff from the country’s capital, spreading global grief to families in 35 countries that had a loved one among the 157 people who were killed.

Three Austrian physicians. The co-founder of an international aid organization. A career ambassador. The wife and children of a Slovak legislator. A Nigerian-born Canadian college professor, author and satirist. They were all among the passengers who died Sunday morning when the Ethiopian Airlines Boeing 737 MAX 8 jetliner crashed shortly after takeoff from Addis Ababa en route to Nairobi, Kenya.

The airline has said eight Americans were killed. Body bags were spread out nearby while Red Cross and other workers looked for remains.

Around the world, families were gripped by grief. At the Addis Ababa airport, a woman called a phone number in vain. “Where are you, my son?” she said, in tears. Others cried as they approached the terminal.

At the Nairobi airport, hopes quickly dimmed for loved ones. “I just pray that he is safe or he was not on it,” said Agnes Muilu, who had come to pick up her brother.

Henom Esayas, whose sister’s husband was killed, told The Associated Press they were startled when a stranger picked up their frantic calls to his phone, told them he had found it in the debris and promptly switched it off. 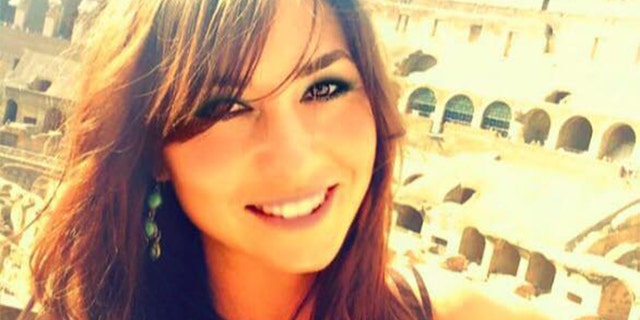 Adrian Toole said his 36-year-old daughter Joanna was traveling for her work for the United Nations. (Facebook)

The father of a British woman named Joanna Toole has told the DevonLive website that he was informed she’d died in the crash.

Adrian Toole said his 36-year-old daughter Joanna was traveling for her work for the United Nations.

He told the website she was a fervent environmentalist who had worked on animal welfare issues since she was a child.

He said, “Joanna’s work was not a job, it was her vocation.”

Toole said his daughter used to bring home pigeons and rats in need of care and had traveled to the remote Faroe Islands to try to stop whaling there.

She is one of seven British nationals confirmed to have died in the crash.

According to her Facebook page, she worked for the U.N.’s Food and Agriculture Organization.

The Ethiopian Airlines flight crashed shortly after takeoff from Ethiopia’s capital on Sunday morning, killing all 157 on board, authorities said, as grieving families rushed to airports in Addis Ababa and the destination, Nairobi. (AP Photo/Yidnek Kirubel)

Another victim, Cedric Asiavugwa, a law student at Georgetown University in Washington, D.C., was on his way to Nairobi after the death of his fiancee’s mother, the university said in a statement.

Asiavugwa, who was in his third year at the law school, was born and raised in Mombasa, Kenya. Before he came to Georgetown, he worked with groups helping refugees in Zimbabwe, Kenya, Uganda and Tanzania, the university said, adding that his family and friends “remembered him as a kind, compassionate and gentle soul, known for his beautifully warm and infectious smile.”

Shocked leaders of the United Nations, the U.N. refugee agency and the World Food Program announced that colleagues had been on the plane. The U.N. migration agency estimated some 19 U.N.-affiliated employees were killed. Both Addis Ababa and Nairobi are major hubs for humanitarian workers, and many people were on their way to a large U.N. environmental conference set to begin Monday in Nairobi.

The State Department said it would contact victims’ family members directly and that “out of respect for the privacy of the families, we won’t have any additional comments about the victims.”

A brief State Department statement said U.S. embassies in Addis Ababa and Nairobi were working with Ethiopia’s government and Ethiopian Airlines “to offer all possible assistance.”

The Ethiopian plane was new, delivered to the airline in November. The Boeing 737 Max 8 was one of 30 meant for the airline, Boeing said in July. The jet’s last maintenance was on Feb. 4, and it had flown just 1,200 hours.

The plane crashed six minutes after departure, plowing into the ground at Hejere near Bishoftu, or Debre Zeit, some 31 miles outside Addis Ababa, at 8:44 a.m.

There was no immediate indication why the plane went down in clear weather while on a flight to Nairobi, the capital of neighboring Kenya.

Members of the Ethiopian community taking part in a special prayer for the victims of the Ethiopian Airlines flight ET302 crash, at the Ethiopian Orthodox Tewahedo Church of Canada Saint Mary Cathedral in Toronto, on Sunday. (Christopher Katsarov/The Canadian Press via AP)

In the U.S., the Federal Aviation Administration said it would join the National Transportation Safety Board in assisting Ethiopian authorities with the crash investigation. Boeing planned to send a technical team to Ethiopia.

The crash shattered more than two years of relative calm in African skies, where travel had long been chaotic. It also was a serious blow to state-owned Ethiopian Airlines, which has expanded to become the continent’s largest and best-managed carrier and turned Addis Ababa into the gateway to Africa.

African air travel has improved in recent years, with the International Air Transport Association in November noting “two years free of any fatalities on any aircraft type.”

Did the ban on bollywood movie just fell in favor of...

Closure of airspace has caused hurdles for flights across Asia

Another case of suicide in Mecca

Hacked apps are now used in IPhone by software pirates