Luka Modric has won the 2018 Ballon d’Or, becoming the first player other than Lionel Messi and Cristiano Ronaldo to receive the award since 2007.

The midfielder, 33, who helped Croatia reach the men’s World Cup final in Russia in the summer, is the first Croatian to win the prestigious prize, which is voted for by journalists.
On a historic evening in Paris, the ceremony had a women’s category for the first time since its inception in 1956, with Norway’s Ada Hegerberg crowned the inaugural women’s Ballon d’Or winner.
The 23-year-old scored in this year’s Champions League final, playing a key role in Lyon winning the tournament for a third successive year. 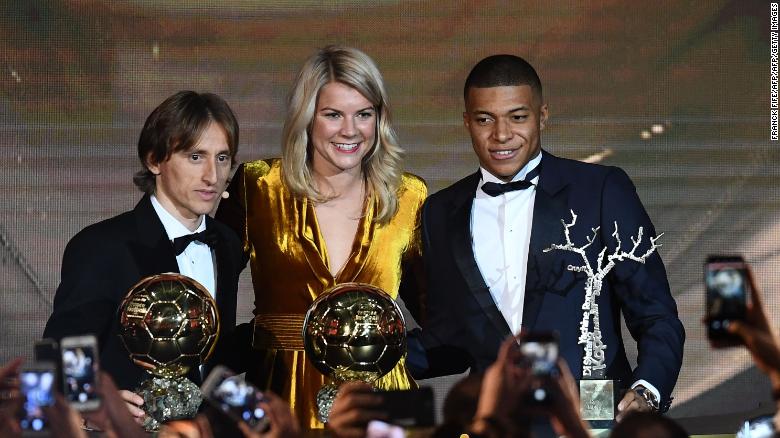 But there was controversy during the ceremony, with co-host Martin Solveig widely criticized on social media after asking the striker during the presentation: “Do you know how to twerk?” The player responded by saying “no.”
Solveig later apologized and said he didn’t meant to offend anyone. “This was a joke, probably a bad one, and I want to apologize for the one I may have offended. Sorry about that,” Solveig said in a tweeted video.
Kylian Mbappe, who dazzled for France as Les Bleus triumphed in Russia in the summer, won the newly-formed Kopa award for the best young player.
The 19-year-old finished fourth overall, above Messi in fifth. Ronaldo was second, with France and Atletico Madrid striker Antoine Griezmann third and Liverpool and Egypt star Mo Salah sixth
For all of Mbappe’s scintillating play for his country and Paris Saint-Germain, it is Real Madrid star Modric who has broken more than a decade of Messi-Ronaldo dominance.
“It’s an unbelievable feeling,” said Modric, who helped Real win a third-straight Champions League in May before guiding Croatia to the World Cup final in July, its best ever performance at the tournament.
“It’s a big pleasure to be here among all these players.”
Since Brazilian Kaka was crowned the world’s best player in 2007, Messi and Ronaldo have won the Ballon d’Or a record five times each — no one else has won the award more than three times. 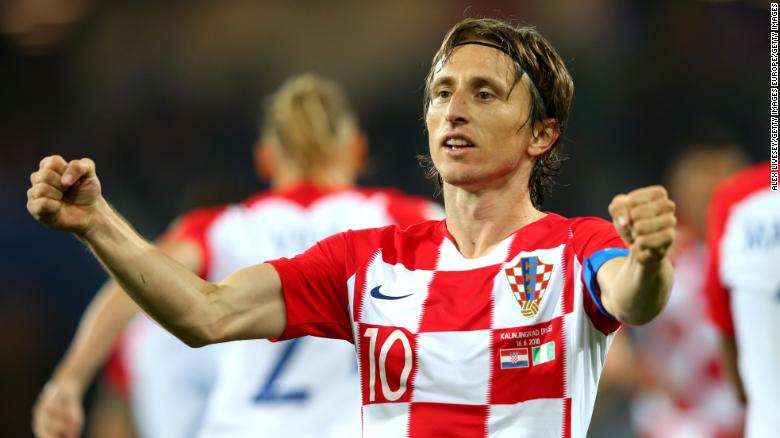 Modric was instrumental in Croatia’s progress to the World Cup final. Modric’s journey to picking up football’s highest individual honor is an improbable one.Growing up during the Balkans war, his father joined the Croatian army, while his grandfather was shot by Croatian Serb rebels and his house was burned down, forcing the family to flee to the Adriatic coast.
The midfielder has been central to his country’s recent rise, which now sees Croatia ranked the fourth in FIFA’s rankings.The Ballon d’Or dates back to 1956. At first only incorporating European players, in 2007 was opened up to include ever player in the world.
Under the current format, the list of nominees is drawn up by weekly magazine France Football, with journalists from around the world voting on the final winner.

#DigitalPakistan can be a game changer for Pakistan’s economy! Only 18 Lakh Twitter users while Facebook is leading with 3 Crore 33 Lakhs users

SPIRIT OF MATH: CLOSING THE EDUCATION GAP IN PAKISTAN

Achievement : Abdul Aziz Arif has been promoted to Senior Manager...

Another Controversy Of An Already Controversial Figure?

Dhoni should know cricket is just a sport, not war