Herath is now the leading wicket-taker in Test cricket among left-arm bowlers. Earlier, Akram led the pack with 414 Test victims. Now, the 39-year-old Sri Lankan has overtaken him and has a tally of 415 wickets in red-ball cricket.

It was the final wicket of the match and Sri Lanka registered a convincing 215-run victory to claim the two-Test series 1-0. Herath was wicketless in the first innings but bagged four in the second essay.

Overall in Test history, Herath is placed at 12th position among the highest wicket-takers. The leader is Muttaiah Muralitharan with 800 scalps.

Most Test wickets by left-arm bowlers – Top 5 (as on February 10, 2018 after the completion of Bangladesh-Sri Lanka Test in Dhaka) 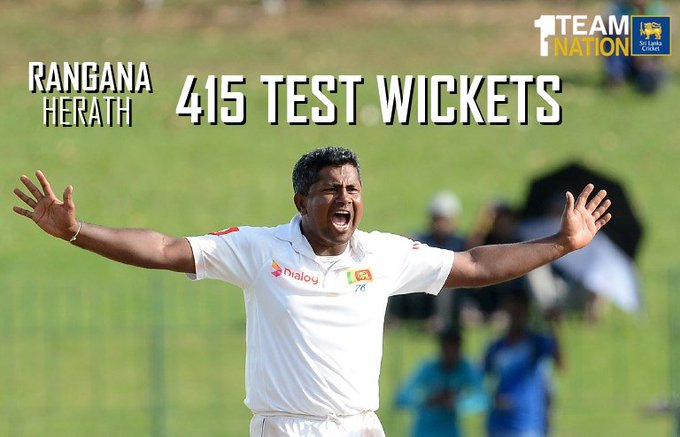 #PSL2020 OPENING CEREMONY – THE WORST OF THE WORST: Here is how social media reacted

Fasih’s character was higher than his intellect

TECHBITE: Sony made a wireless camera grip for bloggers/vloggers

“Promotion on your face” is well explained, Is this what real...

An old leaked video of Asma Aziz dancing does not justify...