Australia’s Deputy Prime Minister Barnaby Joyce said Friday he will resign following weeks of controversy after he announced he was expecting a baby with a former staff member.

Earlier in February, Joyce had admitted to the affair, confirming long-running rumors, but refused to resign saying it was a private matter.
Then on Thursday, the National Party said it had received a separate, formal complaint against its leader, accusing him of sexual harassment, Australia’s national broadcaster ABC reported.
CNN contacted the National Party but didn’t receive an immediate response. The Nationals govern in a coalition agreement with the Liberal Party led by Prime Minister Malcolm Turnbull.
Speaking to journalists, he said he was resigning from his role as leader of the National Party, to put aside “this current cacophony of issues” and avoid further harassment of his family and partner.
“(It has been an) incredible privilege, that I’m so humbled by, to have been the Deputy Prime Minister of Australia,” he said.
Joyce told reporters he had requested the latest allegation against him be referred to the police. “Over the past half a month there has been a litany of allegations … I don’t believe any of them have been sustained,” he said.
Joyce added he would step down as leader of the Nationals on Monday, forcing a vote to select a new deputy prime minister. 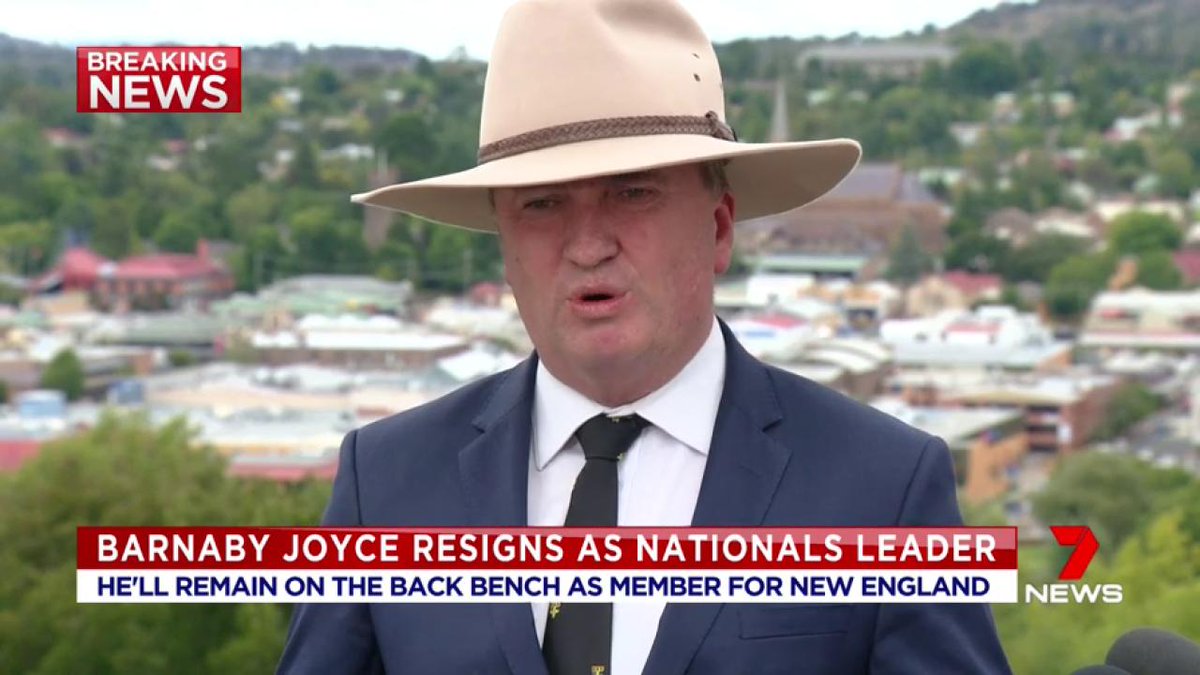 Joyce revealed in December he had split from his wife in a statement to the Australian Parliament.
It was Joyce’s affair which led Turnbull to announce in February all relationships between ministers and their staff would be banned in the future.
In a statement Friday, Turnbull, who is away from the country on a visit to the United States, said Joyce had been a “fierce advocate for rural and regional Australia.”
Joyce has been a controversial figure in the Turnbull Coalition government. In December he was forced to resign and stand for his seat again at a by-election after it was revealed he was a dual New Zealand citizen.
Australia’s constitution doesn’t allow members of parliament to be dual-citizens of other countries.
In 2016, he made headlines around the world when he threatened to euthanize US actor Johnny Depp’s two dogs, Pistol and Boo, after they were brought into the country illegally.
Depp later referred to Joyce as looking like he was “inbred with a tomato.”
Joyce also said that he will carry on as a member of parliament, moving to the back bench.
end
Mediabites Editorial – Shoaib Naqvi Via CNN

Teenager files $1 billion lawsuit against Apple over his false arrest...

A must read: Leaving a child alone is a huge crime...

Spreading kindness not only helps others, it can also boost the...

BREAKING: Vatican’s CFO and an adviser to Pope Francis, the highest-ranking...

Mass Panic, Propaganda, and Mobs: How an anti-polio drive came to...